In Switzerland, vocational training combines theoretical and practical learning through a specialized Dual Training (Vocational Professional Education and Training) system. The dual system consists of practical training that allows young people to serve as “apprentices” in a company for three or four days a week. This part is complemented by a day or two of theoretical preparation in the classroom, focused on the area of specialization that the student chooses [1].

Switzerland has several decades of experience in applying this model within its education system. Today, there are about 250 different technical career options to be applied according to the Dual Training model [2]. In Switzerland, professional degrees are obtained at the end of higher middle education, while in other countries they are obtained until the end of the third level of education (university). Thus, young people have a faster option to develop professionally and be part of the labor market right after completing their technical preparation; the results of the implementation of this model in Switzerland have resulted in low unemployment rates, reporting in 2018 a rate of just 2.4% [3].

In Mexico, informal employment as well as youth unemployment are two rates that have been increasing in recent years. Youth unemployment rate (between the ages of 20 and 24) stands at 6.7% [4]; these are alarming statistics that show the great economic vulnerability of a sector of the Mexican population that has not had the opportunity to prepare professionally or who simply does not have access to the labor market. To combat this, both the Mexican government and the private sector have focused on developing alternatives that can create an impact on the quality of life of young people.

The first was developed thanks to the strengthening of the links between Mexico and Switzerland, through the creation of the Swiss Alliance for Dual Education in 2016, initially constituted by nine Swiss companies (ABB, Clariant, Givaudan, Hilti, Nestlé, Schindler, Sika, Sonova and Swiss Re), which were joined in 2017 by Bühler, Ronal, Sulzer and Zurich. Subsequently, the Ministry of Public Education (SEP) and the Federal Department of the Interior of Switzerland signed an agreement to develop the Mexican Model of Dual Training (MMFD), in which Mexican students will learn with Swiss methodology an area of specialization and then apply this knowledge to companies of Swiss origin and that are part to the Alliance. The MMDF was developed in conjunction with the Employers Confederation of the Mexican Republic (COPARMEX), the Mexican-German Chamber of Commerce and Industry (CAMEXA) and the National College of Technical Professional Education (CONALEP). SwissCham Mexico was actively involved in this process, having today as one of its objectives the promotion of dual training in its affiliated companies.

On the other hand, there is a more recent program that was presented by President Andrés Manuel López Obrador at the beginning of his six-year term: Jóvenes Construyendo el Futuro, which pursues objectives similar to the Mexican Model of Dual Training, as it is a “training program to transfer work skills and abilities to apprentices” [5], but unlike the MMFD, it is not coordinated by the Ministry of Public Education, but by the Ministry of Labor and Social Welfare (STPS). This Program was launched in early 2019 and aims to match 2.3 million young people between the ages of 18 and 29 who do not study or work with workplaces to receive training and mentoring, and which will receive a monthly scholarship of 3,600 pesos for a maximum period of one year and social security by the IMSS. To cover the scholarships of the 2.3 million apprentices, it will take about 100 billion pesos [6], and even President Andrés Manuel López Obrador has mentioned that, if necessary, coverage of the program could be expanded, thus increasing the costs that it could bring to the federal government.

About three months after the implementation of the Program, around 29,700 companies [7], public institutions and social organizations that will bring apprentices into their work environment have been registered; however, it is not known exactly which of them are already implementing the program. Among the Swiss companies in Mexico registered in the program include: ABB, Ferring, Nestlé, Novartis, UBS, among others. As the MMFD has been underway since 2016, Swiss companies that also decided to participate in new program have been able to integrate much more easily because they are already familiar with the tutor figure and a pre-structured plan.

While Jóvenes Construyendo el Futuro aims to tackle the problem of youth unemployment, it is important to mention that young people belonging to this program do not necessarily receive formal education from an educational institution during their period in the program, but only instruction by the tutor. This means that this is a training program with a focus on social inclusion and not dual training, because the academic component is not considered in the program. In the case of MMFD, the academic part is covered by educational institutions such as CONALEP, CECYTEM and CECYTEV, which are in line with the needs of the companies of the Swiss Alliance for Dual Education, creating technical careers that give young people the specific theoretical elements that open the doors to possible hiring at the end of their technical training.

It is certainly important to highlight the action of both sides, and to consider the advancement of both programs, which, while needed to continue to improve, both are seeking to serve a portion of the population that was long inactive. On the other hand, it is also possible to see both programs as a complement, as they are operated by different Ministries and attack different parts of the young population, according to the needs and interests they have; it is clear that both initiatives are an example of coordination between government, entrepreneurs and society, which seek to solve a problem by using the young population as an engine for development, which is essential to achieve the desired levels of economic growth for the coming years.

Angélica Rubio Rocha has a Bachelor’s degree in International Relations by Universidad Nacional Autónoma de México (UNAM). She previously served as an academic intern at the Swiss Business Hub Mexico City and the SwissCham México.

Swiss Companies in Mexico and Sustainability 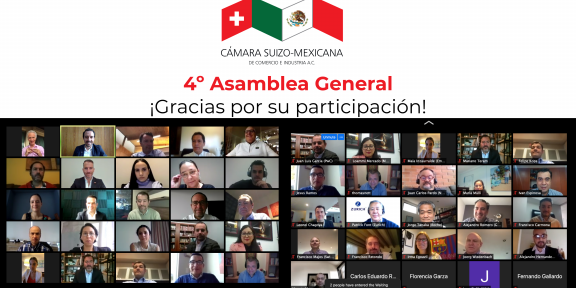 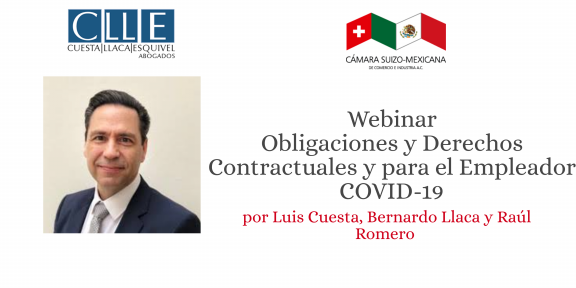 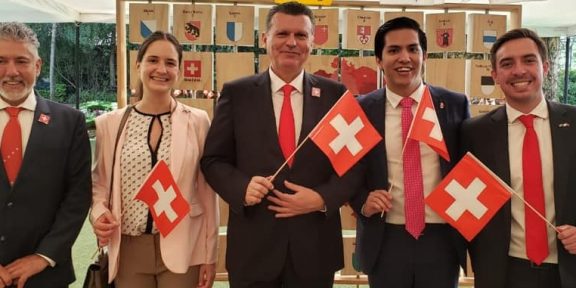 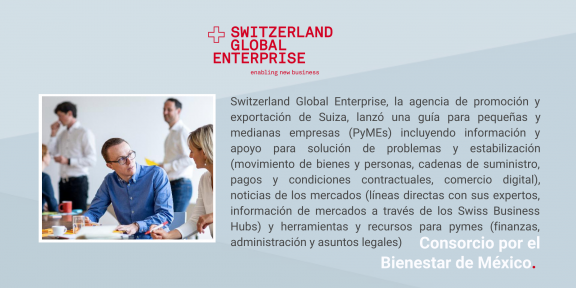 COVID-19: HOW TO KEEP YOUR INTERNATIONAL BUSINESS GOING Do you have urgent questions about the effects of Corona for your company? You will find the answers from… 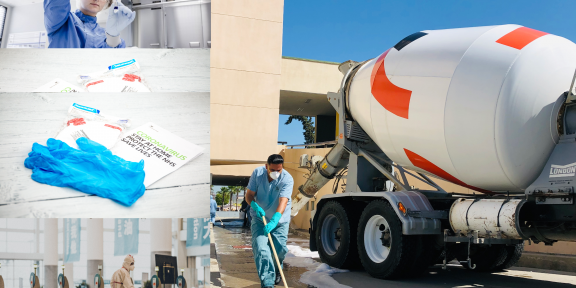 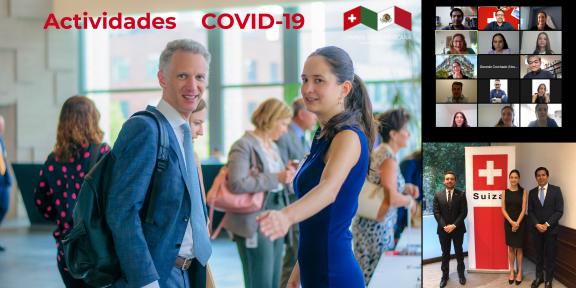 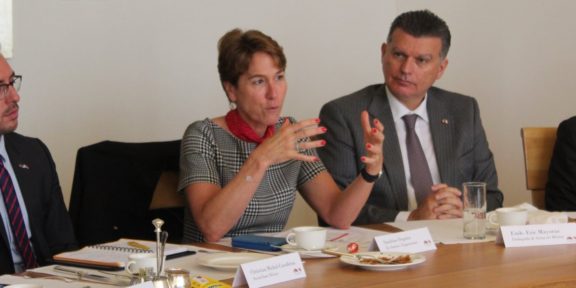 We organized a breakfast to introduce the new Swiss Ambassador to Mexico, Eric Mayoraz, and the Deputy Chief of Mission, Léo Trembley to member company representatives.… 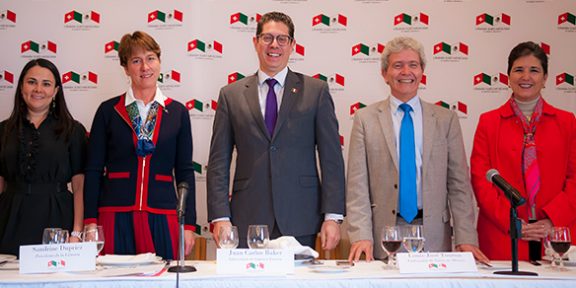