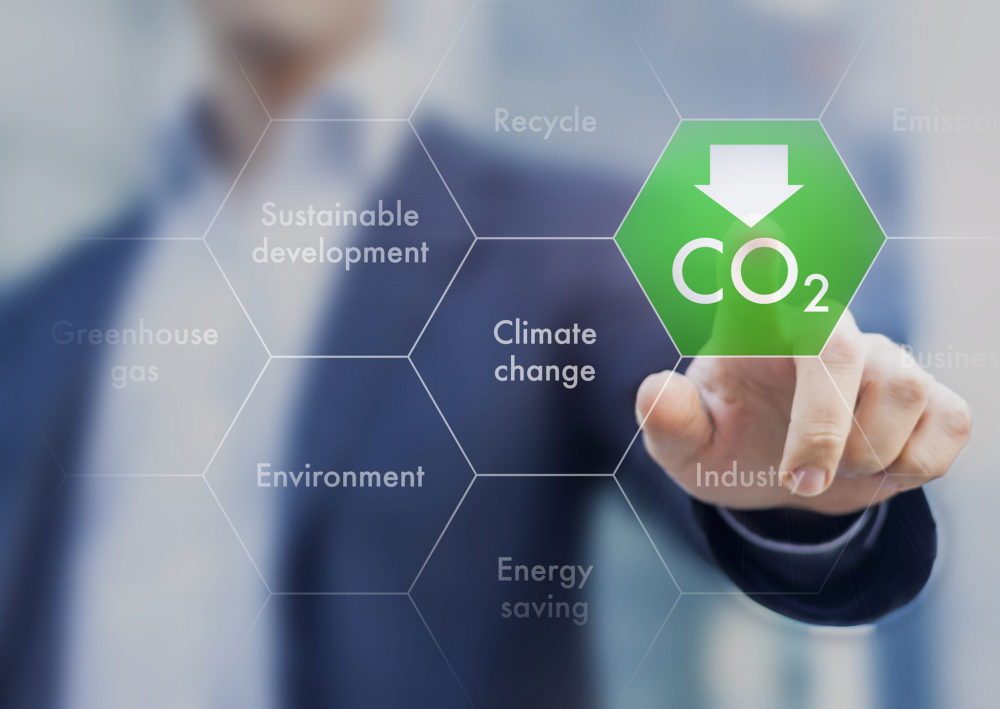 Switzerland is a world-renowned country for the beauty of its landscapes and its commitment to environmental care. The country has nearly 1,500 lakes that represent about 6% of the freshwater reserves in Europe, and about 60% of its land is covered by the Swiss Alps (1). All this great natural wealth has led the Swiss Government to develop a series of exhaustive environmental policies ensuring the nature’s preservation and becoming both, an essential part of the citizens’ lifestyle and a role model for other countries.

To mention an example of this environmental policies, we can refer to the air quality in Switzerland, which is continuously improving as a result of the government’s firm support to use less polluting technologies. At this regard, strict standards have been imposed to the automotive industry through the installation of high-performance filters and catalytic converters in vehicles (2). The latter initiative could be of great interest for Mexico, considering that already in 2017, the automotive sector represented 18.3% of Mexico’s manufacturing GDP (3).

One of the most recent multilateral actions in favour of environmental care to be highlighted is the Swiss commitment to the Paris Agreement in 2015, which seeks to keep the rise in temperature below 2° Celsius focusing the efforts to ensure a limit even below 1.5°C. Mexico and Switzerland, being both signatories of this global agreement, have shown through this act their commitment to this important issue.

Under the Paris Agreement, Mexico has set a goal of reducing 22% by the year 2030 of its greenhouse gas (GHG) emissions coming from transportation, electricity generation, residential and commercial, oil and gas, industry, agriculture and cattle raising, and waste (4). The achievement of this goal requires a greater commitment from the industrial sector.

Regarding the private sector, swiss companies in Mexico, such as Nestlé, Clariant, Sika, Geolife, Sulzer, and SGS, among other members of the Swiss Mexican Chamber of Commerce and Industry (SwissCham), promote the Swiss environmental commitment through different actions. For example, by participating in the SwissCham Energy and Sustainability Committee reunions, these companies express their interest in continuing working to improve environmental care.

For instance, Nestlé Mexico, a company that has implemented a series of measures to combat climate change, has used its tight relationship with milk production to boost the use of renewable energy by promoting the installation of solar panels in Mexican ranches since 2013. In fact, Nestle’s consumption of renewable electrical energy is above 77%, leaving behind the use of other polluting energy sources. Also, Nestlé has reduced water use by 46% in the last 8 years, energy consumption by 39% in the last 7 years, and has promoted the reuse of waste for the last 3 years. In addition, 100% of Nestle’s plants have Clean Industry Certification and have water treatment plants in all their factories (5).

Another example of commitment to innovation and sustainable development is Sika Mexicana. This company is certified to ISO 9001:2008 and ISO 14001:2004 and pays special attention to natural and energy resources in order to prevent pollution and control harmful discharges that could harm the environment.

For Clariant, a leading company in the chemical sector, sustainability is a vital pillar within its commercial strategy. Thus, the company has created the “Sustainability Clariant” program to fix specific objectives and actions to reduce its environmental impact in order to achieve both, sustainable and commercial development.

Finally, Geolife offers a line of products free of chemicals for environmental bioremediation. These products seek to increase production in a sustainable way, always thinking on the environmental care, animal welfare, food safety and sustainability as the priorities.

Switzerland is one of the countries committed to the Agenda 2030 of the UN for Sustainable Development. This denotes sustainability as one of the main focuses of the Swiss foreign policy. For Switzerland the actions developed on this topic must be implemented both, domestically and internationally. Like the companies previously mentioned, there are many more currently seeking to promote the Swiss commitment on sustainable development and to share knowledge and innovation to achieve the goals that have been settle regarding environmental care.

Without any doubt, this type of practices, which are possible only based on alliances and commitments between the public and private sector, are of great help for environmental care improvements in Mexico and the rest of the world, spreading the Swiss “know how”.

The Swiss-Mexican Chamber of Commerce and Industry will organize in the year 2019 a series of events, workshops and conferences related to the theme sustainability: Swisstainability.

Angélica Rubio Rocha has a Bachelor’s degree in International Relations by Universidad Nacional Autónoma de México (UNAM). She served as an academic intern at the Swiss Business Hub Mexico City and the SwissCham México.

Tags:
About the author:

Public Consultations: Switzerland as a reference of direct democracy 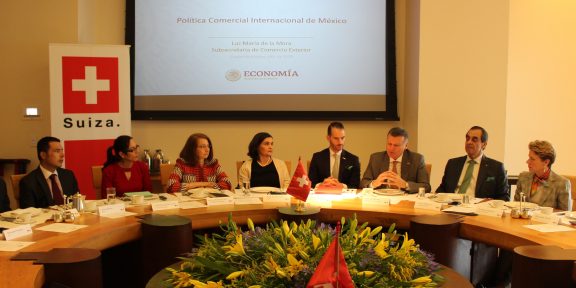 The Swiss Chamber organized a breakfast with Undersecretary of Foreign Trade, Luz María de la Mora to present the trade strategy of the new administration. The… 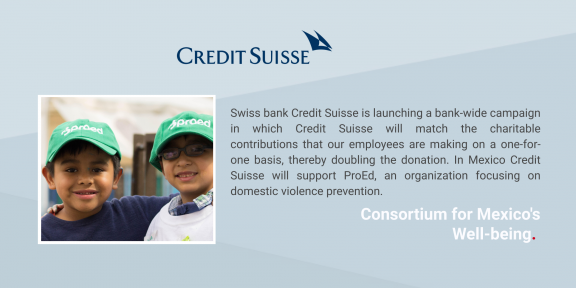 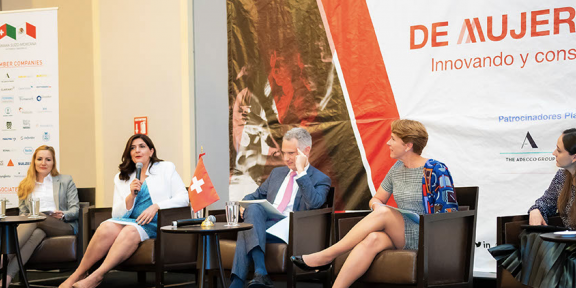 2° Swiss Forum of Women Leaders: Innovating and Building Towards the Future

On February 11th, in the International Day of Women and Girls in Science, we organized the 2° edition of this Forum with a focus on science, technology, engeneering… 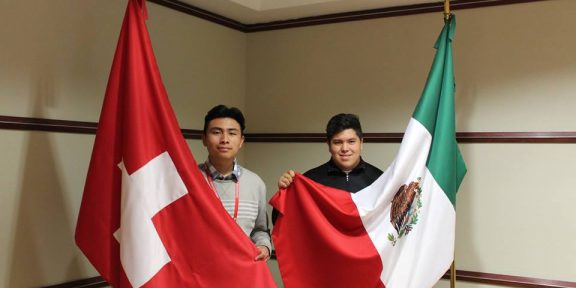 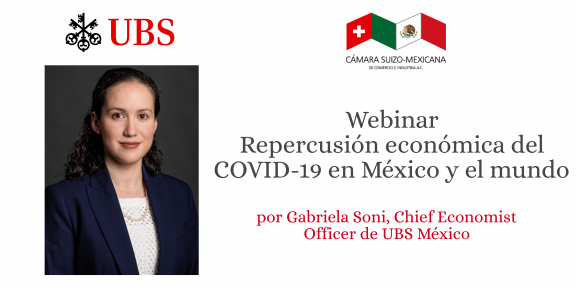 UBS's Chief Investment Officer, Gabriela Soni, participated at a Chamber's webinar on the economic and financial implications of the coronavirus in Mexico and the… 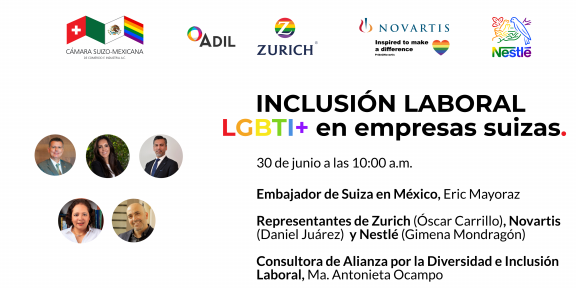 During LGBTI+ pride month, the Swiss Chamber organized a webinar about LGBTI+ labor inclusion in Swiss companies with the participation of the Chamber's President,… 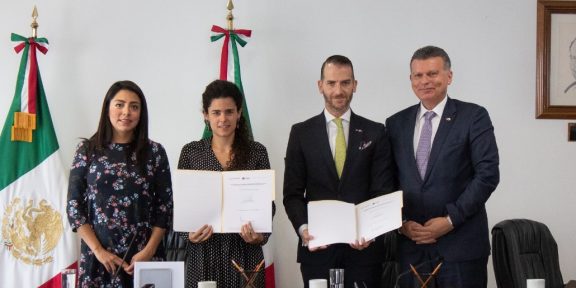 Signature of an Agreement with the Mexican Secretariat of Labor. 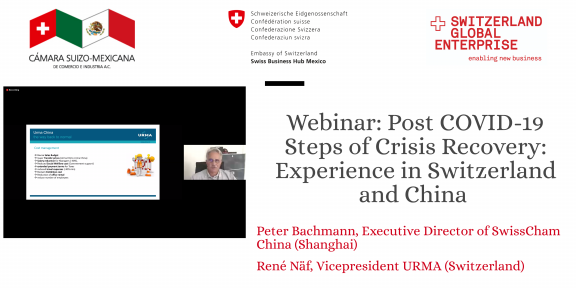 SwissCham Mexico, Swiss Business Hub and Switzerland Global Enterprise (S-GE) organized together this webinar to share how countries such as Switzerland and China… 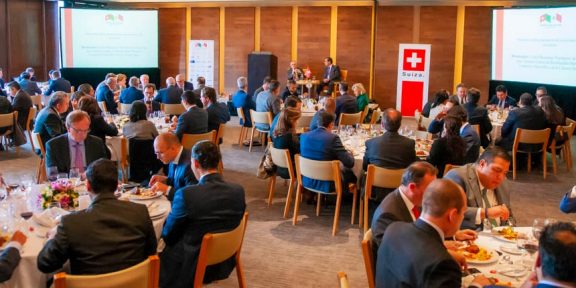 Conference-Lunch with Alfonso Romo, President of Mexico’s Chief of Staff

At the annual conference-lunch of the Swiss Chamber held on October 29th, 2019, we had the presence of Alfonso Romo, Chief of Staff for the President, who spoke…