Swiss Cham / Message by the Swiss Ambassador to Mexico

Message by the Swiss Ambassador to Mexico

Welcome Message from the Ambassador of Switzerlad to Mexico. 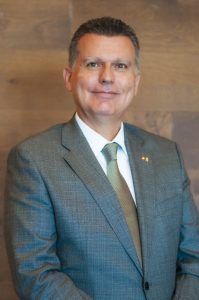 2020 has really been an exceptional year not only for the Embassy of Switzerland and the SwissCham but also for everyone else around the globe. At the beginning of the year, SwissCham was able to organize several in person events such a roundtable breakfast with Ambassador Nora Kronig, Vicedirector of the Swiss Federal Office of Public Health to discuss the challenges and opportunities of the health systems in Mexico and Switzerland as well as the importance of promoting innovation in the health sector; a conference breakfast with Undersecretary Carina Arvizu of the Secretariat of Agrarian, Land, and Urban Development (SEDATU) on “Construction in Mexico: Productivity, Health and Security”; a business breakfast with CEOs and company representative to present the activities of the 75th Anniversary of Diplomatic Relations between Mexico and Switzerland; and the 2nd Swiss Forum of Women Leaders: “Innovating and Building Towards the Future” with a focus on science, technology, engineering and mathematics with the keynote speech of Senator Beatriz Paredes, President of the Science and Technology Committee of the Mexican Senate.

The rest of the year, I participated and inaugurated several virtual events organized by the Chamber such as a virtual event on the status of the Youth Building the Future program in Swiss companies with Mexico’s Secretary of Labor and Social Prevision, Luisa Maria Alcalde, a report on the lessons learned after a year of implementing the Youth Building the Future program; a webinar on LGBTI+ labor inclusion in Swiss companies during pride month; a virtual meeting on Swiss Investment and Trade in Queretaro with the Secretary of Economic Development of the State of Queretaro, Marco Del Prete; a virtual meeting with the Director of FONATUR, Rogelio Jiménez Pons, on the progress of the Mayan Train infrastructure project in the Yucatan Peninsula; and a virtual meeting with Undersecretary for Multilateral Affairs and Human Rights at the Mexican Secretariat of Foreign Affairs (SRE), Martha Delgado to discuss on Mexico’s strategy of economic and trade promotion abroad. Several CEOs and company representatives participated at these virtual exchanges. I was also part of several internal activities of the SwissCham such as the 4th General Assembly, several Board of Directors’ meetings throughout the year, the launch of SwissCham’s leadership program for women. 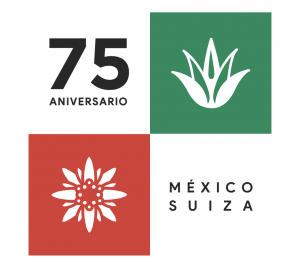 In October, I inaugurated the beginning of the celebrations for the 75th anniversary of diplomatic relations between Switzerland and Mexico with a poster exhibition “Swiss posters: tradition + innovation” at the Foreign Affairs Museum in Mexico City with several CEOs from sponsor companies, which I would like to thank for their support for this celebration. I also gave a welcome speech the virtual panel: “Health, Technology and Innovation: current outlook and future challenges #SwissHealthTech” with Novartis and Roche’s CEOs, representatives from Health NGOs (FUNSALUD), academia (Leading House for the Latin American Region HSG), the OCDE, and Mexican and Swiss government officials. Finally, also in the framework of the 75th anniversary, I inaugurated the contemporary artistic exhibition: “Humanitarian principles: here and now” at the Open Museum of the Mexican Senate as part of the celebration of the 70-year anniversary of the Geneva Conventions.

Both, the Embassy and the Chamber, participated actively along with a high-ranking delegation from the Swiss Ministry of Economic Affairs (SECO) at the 10th meeting of the Swiss-Mexican Consultative Group on Trade and Economic Cooperation headed by Swiss State Secretary for Economic Affairs, Marie-Gabrielle Ineichen-Fleisch and Mexican Undersecretary for Foreign Trade, Luz María de la Mora. The meeting took place virtually and was very intensive and fruitful. During 2020, the Embassy  received more requests for support from different Swiss companies. I am glad to say, that we were able to intervene, mostly successfully, in their favor with Mexican authorities. This lets me think that despite the global challenges caused by the COVID-19 pandemic, we have good openess and a tight collaboration with the Mexican government. We will continue to strengthen the bilateral economical, commercial, financial but also political links between our two governments.

Ambassador of Switzerland to Mexico and Belice